With expertise acquired over a 30-year career in large transport and logistics groups—especially international road transport—in 2012, along with Meindert Nijmeijer, the head of the German company of the same name, Dominique Potier created Nantes-based NTL France (in French Department 44). After spending six years developing the company, and building a solid reputation for it in Pays de la Loire, Dominique Potier has taken the decision to retire—with two overarching goals: to pass on his business successfully, and to find a successor who is cut out to continue to grow his baby! As a result, he settled on the ED-TRANS Group, a transport SME which, like NTL France, has developed a strong reputation for providing transport solutions both within France and internationally. ED-TRANS’s expertise in the field and the core values in its DNA naturally had a strong bearing on his choice. And to crown his proven talent for making good business decisions, Dominique Potier convinced Erwan Moyon, an expert in international road transport, to be his successor. The secret of the excellent chemistry that exists between them—enabling the baton to be passed on in ideal conditions—is probably related to the first-class training that Erwan Moyon underwent some six years previously… which, it just so happens, was provided by Dominique Potier himself! 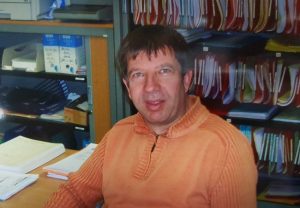 « Incredible: almost 40 years of wanderings in this infernal (but exciting!) world of road transport and international logistics; a glance in the rear-view mirror would give me vertigo!”, confides a nostalgic and proud Dominique

NTL France’s founder will now be able to enjoy his loved ones and passions to the full. And his legacy will undoubtedly live on in the company. Bravo and a very big thanks to Dominique Potier. We wish him a full and exciting retirement… and we’d expect nothing less!

Expertise on the road